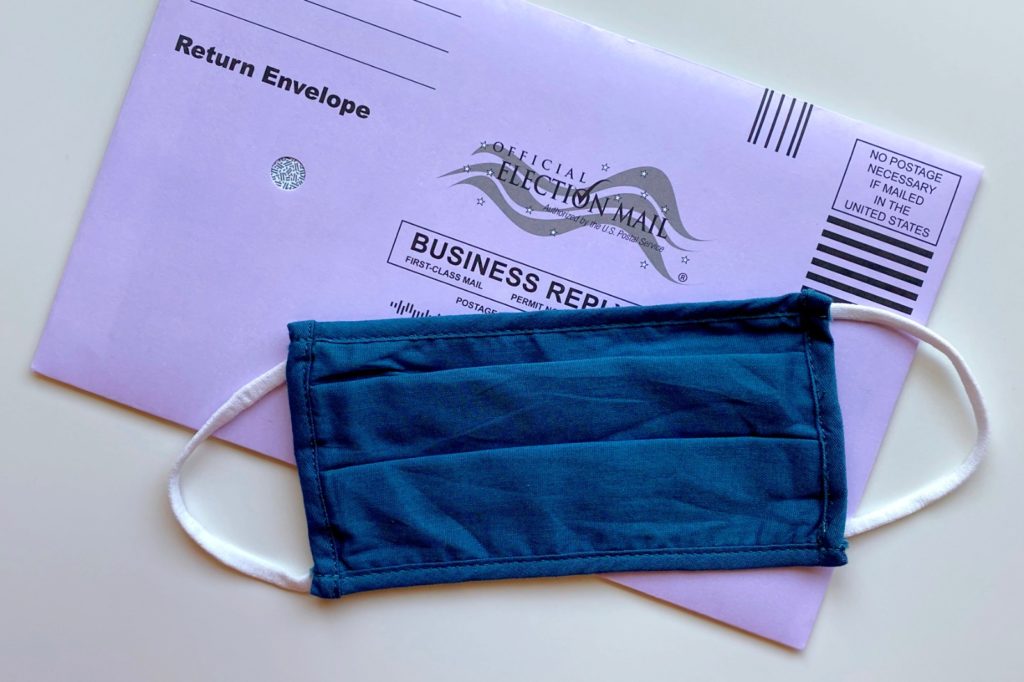 The answer will unfold amid chaos and uncertainty

There is less than a month until the American presidential election. The sitting president has been in the hospital and his state of health is unclear; a novel coronavirus is resulting in novel voting practices; the country has been devastated by the terrible handling of a pandemic; the future makeup of the supreme court, which will impact federal laws for an entire generation, is uncertain; the domestic political divide has never been more severe, and Americans feel that what’s at stake this November is far larger than simply determining who will be the commander-in-chief for the next four years. These are the circumstances under which the United States will be conducting the fast-approaching November election, the results of which are seen by many to determine the future of the United States in an unprecedented way.

One of the things that the last four years of Trump’s presidency has done is make politics absolutely inescapable: in personal relationships, on social media feeds, in everyday purchasing choices, and with the bombardment of a non-stop news cycle. What does this pervasiveness, and the resulting exhaustion, mean for the upcoming election? And how will that election be handled by a country which has been swamped by the Coronavirus pandemic? To answer these questions, one must first consider who is running, and for what.

The choice can be said to be this: Trump or Not-Trump. I know nobody who is excited about the prospect of Joseph Biden becoming the 46th president of the United States.  There is no groundswell of energy or ‘Hope’ — the word which propelled Biden to the White House for the first time (as Barack Obama’s running mate) in 2008. Yet, I know almost nobody who is not voting for Biden. On the one hand, this could highlight the fact that I’m in a political bubble — and I, like most Americans, am. On the other hand, this feeling that one votes for ‘Not-Trump’ by putting down ‘Biden’ on the ballot, speaks to a majority of Americans’ reality — if polls are to be trusted after the 2016 election upset. FiveThirtyEight, a website that focuses on opinion poll analysis, has simulated the outcome of this year’s election 40,000 times. In their results Biden wins the election 81 out of 100 times; Trump wins 18 out of 100 times. Though some effort has been made to improve polling practices since their failure in 2016, it’s important to keep in mind that to openly support Trump is deeply embarrassing for some voters, which could lead them to lie to pollsters about who they are truly voting for, giving Biden an inaccurate boost in the polls.

Looking back to the Democratic primaries, it was clear that Biden was not a favorite: he lost the first three states that voted and was only able to dominate the primaries once all the other centrist candidates dropped out and backed him. Tellingly, even during the Democratic primaries many who voted for Biden were really voting against someone else: Sen. Bernie Sanders, who was seen as too left-wing by many older Democrat voters and as a risky choice against Trump in the general election. All this is to say that it seems a majority of Americans absolutely do not want another four years of Trump in the White House, even though that majority does not feel inspired by a future led by Biden.

People don’t want Trump for many reasons, but one that should not be under-estimated is exhaustion. People are tired of the chaos that is the Trump-administration. They don’t want to hear about the ridiculous thing Trump tweeted, nor listen to the blatant lies told by himself and members of his administration, nor deal with the embarrassment of another international diplomatic fumble. For those who are tired, “Sleepy Joe” (as Trump dubbed Biden) is the perfect candidate. He promises a return to the neoliberal status-quo of the Obama era and a break from the political mayhem. But will Trump-fatigue drive people to the poles to vote for an unexciting opponent? Perhaps that would be sufficient were voting a simple task to be completed under normal circumstances. However, this year many Americans will have more difficulty than usual when voting.

The coronavirus pandemic has led to a substantial increase in early voting and mail-in ballots. In theory, this should make it easier for voters to cast their ballots. In practice, however, the country has struggled to adapt to the new formats quickly and smoothly. Many people have requested mail-in ballots weeks ago (or longer) and are still waiting for their arrival. Others have shown up to their polling stations to vote early only to find lines with ridiculously long wait times – sometimes over eight hours. Long wait times as a result of too-few polling stations is a particular problem for communities of color. It is one voter suppression tactic (among many) that Republicans use. Republicans tend to do better in elections when there is lower voter turn-out. They know this and employ tactics to try to make it more difficult for people, especially black and latinx Americans, to vote. The pandemic offers even more opportunities for voter suppression. Couple this with the fact that the US postal service is under-funded and ill-equipped to handle mail-in voting on a larger scale, and one may wonder how many Americans will even be able to vote in this election. I, for one, am still waiting on my ballot, requested nearly a month ago.

The situation in the US is uncertain. The conditions are historically unparalleled, the stakes could scarcely be higher, and Americans certainly feel passionately about Trump, one way or another. If we trust the polls, Biden is very likely to win. If we have flashbacks to 2016, then another four years of Trump (and all that that entails) is absolutely on the table. From where I stand, I think Biden has one huge advantage in this race, that Clinton didn’t have when she went toe to toe against Trump in the last presidential election and that is fear. Back in 2016, most Americans, even those who voted for Trump, had trouble really believing that a Trump presidency was possible. Now it is our reality and Americans are frightened. They have seen the damage Trump has done and are cognizant of how much worse it could get were he to win re-election. Voters know that, in addition to key issues like healthcare, immigration, the political leanings of the Supreme Court, and the government’s ability to handle the Coronavirus pandemic, democracy itself may be on the line this November. That fear may well be the fuel that an uninspiring candidate needs to catapult him to victory. Even then, a huge question hangs in the air: how far would a losing Trump go to hang on to power and preserve his ego?